The exterior work has begun with cutting and polishing to bring some life back to the 16 year old paint. 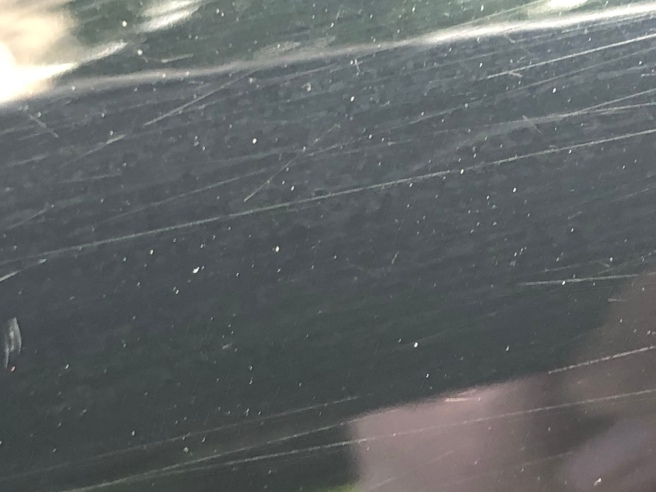 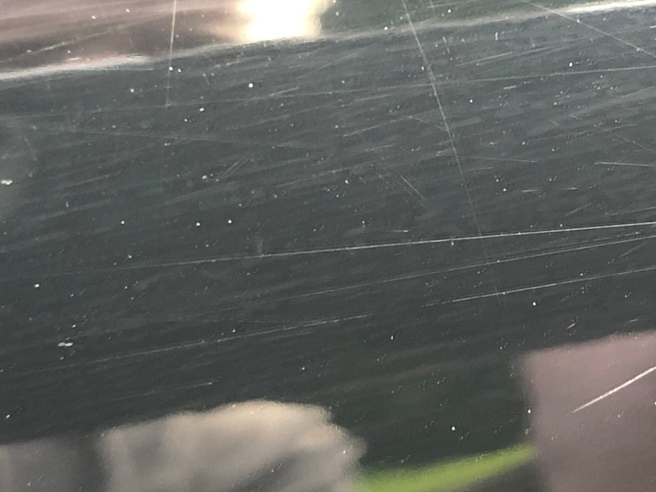 This gives you an idea of the state the paint is in.  Dull, faded and a lot of scratches of varying depth.

Once again, I started off with a microfiber cutting pad and Meguiar’s Ultra-Cut compound.  That was followed with a polishing stage using a yellow pad and Meguiar’s Ultra Finishing Polish.  This was tough work and needed to make 2 or 3 passes for the cutting and polishing stages until I was satisfied.  I was able to remove the pine tree sap I mentioned in Part 7 however, while I could remove the sap, the paint underneath was damaged and I could not polish out the spots.  There were also a lot of tree sap spots that were many years old where the sap was literally burned onto the paint.  This was mostly limited to the hood. 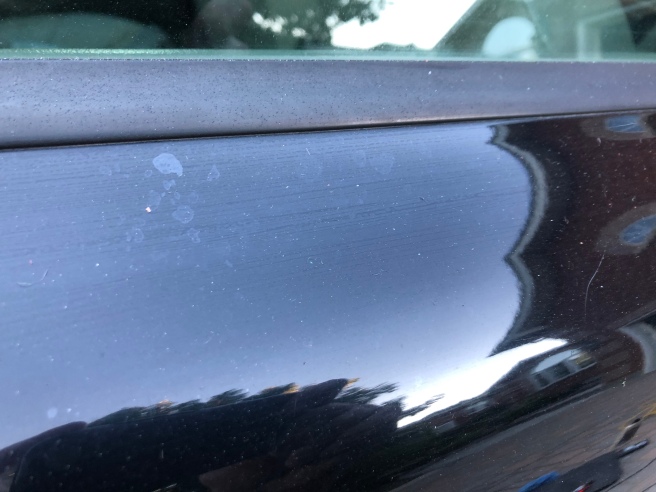 Before above, after below.

It’s definitely looking better now.  I’ve only completed one side of the car so the work is not done. Stay tuned.